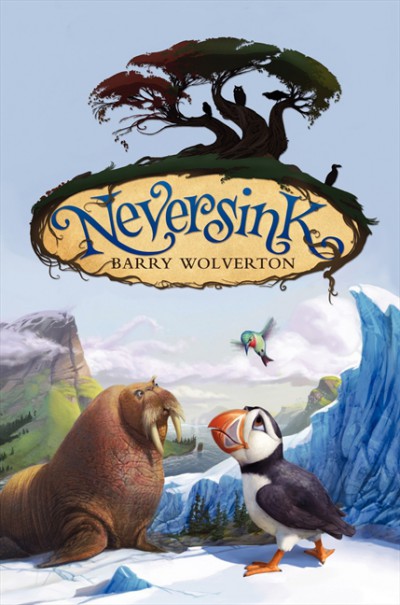 Barry Wolverton's masterful middle-grade debut, Neversink, is an epic tale of some very un-epic birds, a fast-paced and funny story of survival, friendship, and fish, in the vein of Watership Down and Kathi Appelt's The Underneath.

Along the Arctic Circle lies a small island called Neversink, home to a colony of odd-looking seabirds called auks, including one Lockley J. Puffin. With their oceanfront views and plentiful supply of fish, the auks have few concerns—few, save for Lockley's two best friends, Egbert and Ruby, a know-it-all walrus and a sharp-tongued hummingbird.

But all of this is about to change. Rozbell, the newly crowned king of the Owl Parliament, has long had his scheming eyes on the small colony to the north. Now Neversink's independence hangs in the balance. An insurgence of owls will inevitably destroy life as the auks know it—unless Lockley can do something about it.